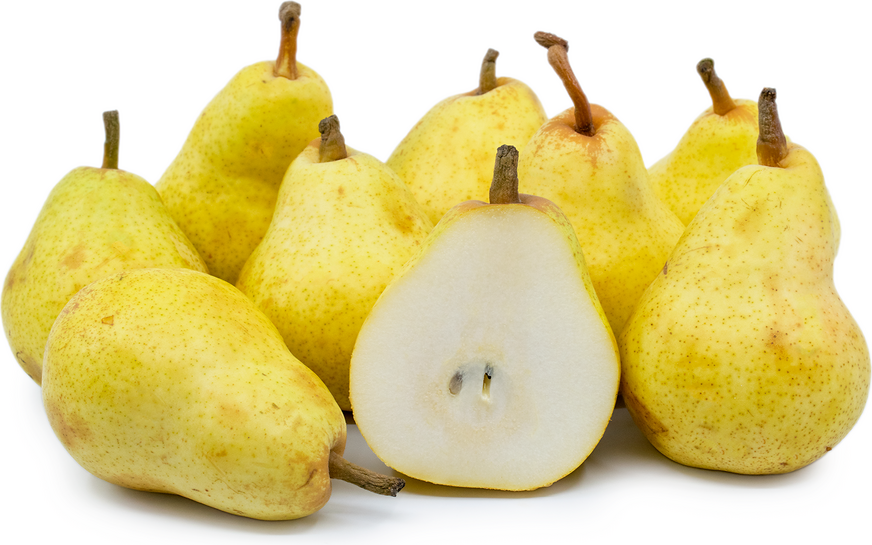 Bartlett pears are also known as the Williams, or Williams’ Bon Chrétien’ pear outside of the United States. They were discovered in England in 1765 and were introduced to the rest of England by a nurseryman named Williams. At the end of the 18th century Williams pear trees were imported to Massachusetts and planted on the Brewer estate. The estate was acquired by Enoch Bartlett, who later propagated and introduced the pear under his own name. Twenty-five years after it was introduced in the US, it was discovered that the Bartlett and the Williams were one in the same. Today, more than 95% of the pears sold in the United States are grown in Washington, Oregon or Northern California.

Why are Pears So Good For You?

Pears offer a good source of vitamin C, folate and dietary fiber. One medium-sized pear contains less than 100 calories. Most of the vitamin C in pears is in the skin, so pears should be eaten unpeeled. Providing some iron and potassium, pears contain pectin, a soluble fiber that helps control cholesterol levels.

Bartlett pears are the only pears that have a “true” pear (or pyriform) shape and taste. The fruit’s color brightens as it ripens, which is a characteristic unique to Bartlett pears; most pears do not change color when ripe. At harvest they are a vibrant green, changing to yellow when ready to eat. When unripe, the texture can be gritty. The Bartlett pear has a distinct flavor and sweetness, its white flesh has a smooth, buttery texture.

How do you eat it?