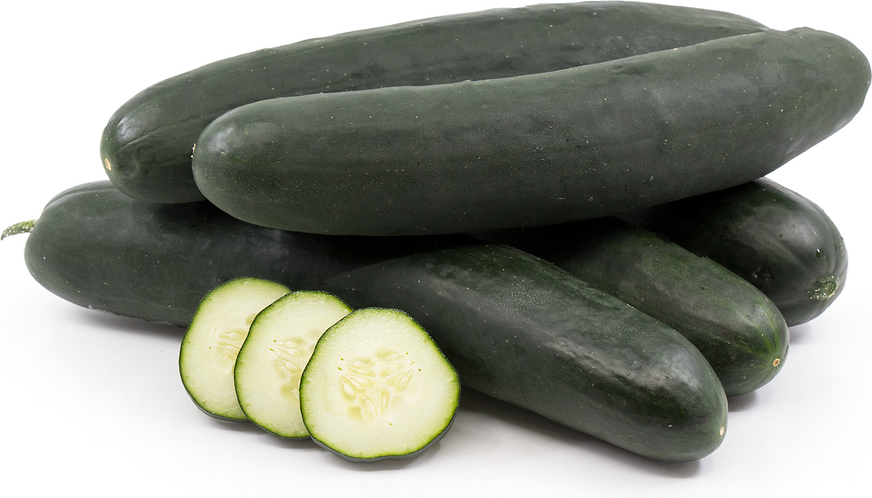 Cucumbers, botanically classified as Cucumis sativus, are technically a fruit and belong to the same family as zucchini, pumpkin, watermelon, and summer squash. Cucumbers are well-known around the world, and approximately 84 billion pounds are produced each year. The phrase “cool as a cucumber” is prevalent in American slang and is a direct reference to the soothing and cooling effects that Cucumbers have on body temperature when consumed.

Cucumbers are believed to have originated in India over 10,000 years ago, where a wide range of Cucumbers and melons are still grown today. Cucumbers then spread to Europe and made their way to the US with the European colonists in the 1500s.

Why are Cucumbers So Good For You?

Cucumbers are an excellent source of vitamins K, A, and C, folic acid, potassium, and silica, which is a trace mineral that helps strengthen connective tissue.

There are many different varieties of Cucumbers that can be divided into two different groups: pickling and slicing. Pickling cucumbers are smaller, can be oblong and short to long and cylindrical, and have thin, green skin which is ideal for pickling. Slicing cucumbers are large and cylindrical, averaging 15-20 centimeters in length, and have thick skin. The skin can be smooth or ribbed with small bumps and nodes depending on the variety. Slicing cucumbers are most commonly seen in the local market’s produce section and can range in color from dark green, to yellow or white. The inner flesh is light green with pale, edible seeds and has a crisp, aqueous texture and mild floral and grassy flavor.

How do you eat it?